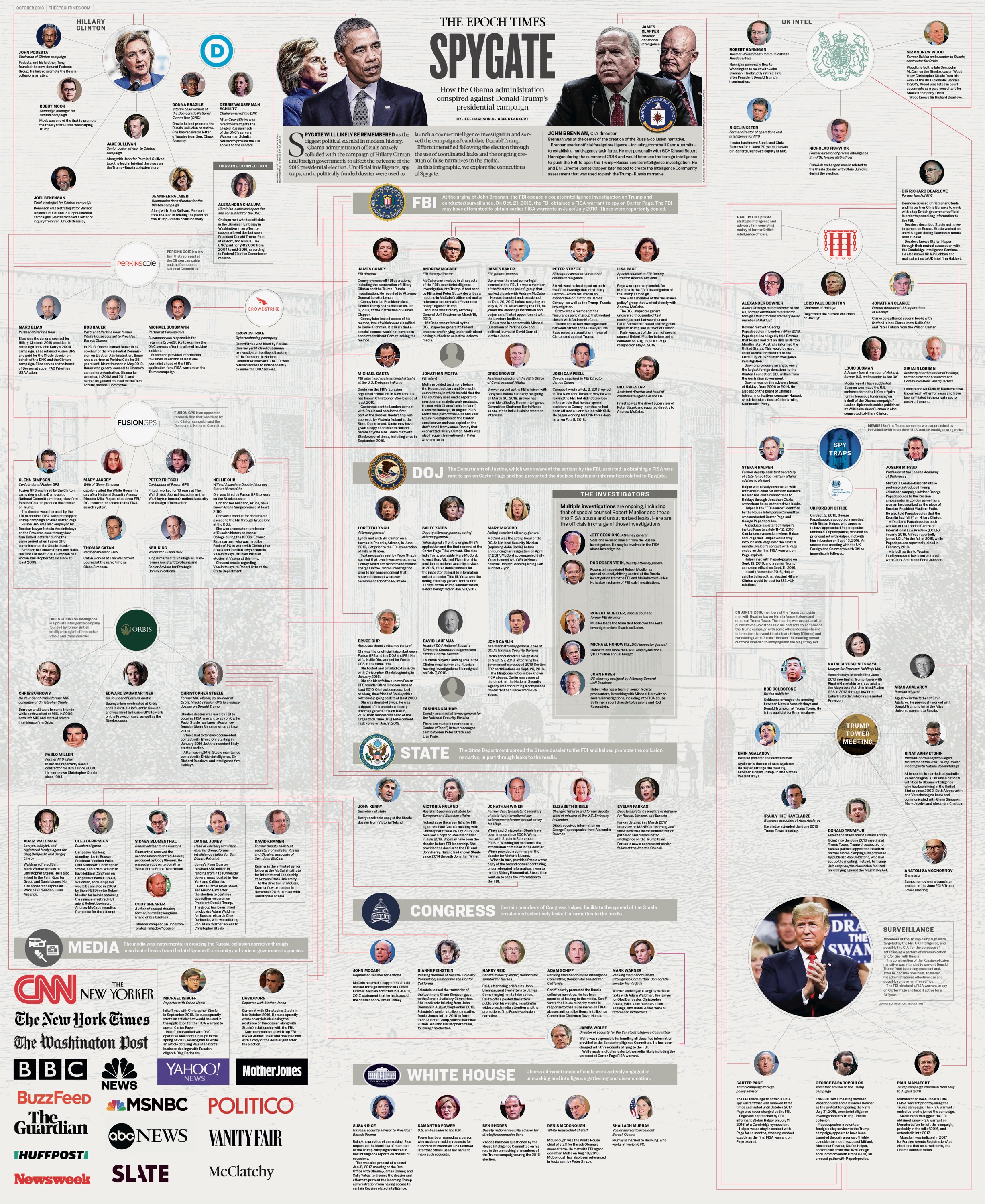 Spygate Infographic from the Epoch Times

Although the details remain complex, the structure underlying Spygate—the creation of the false narrative that candidate Donald Trump colluded with Russia, and the spying on his presidential campaign—remains surprisingly simple:

1. CIA Director John Brennan, with some assistance from Director of National Intelligence James Clapper, gathered foreign intelligence and fed it throughout our domestic Intelligence Community.

2. The FBI became the handler of Brennan’s intelligence and engaged in the more practical elements of surveillance.

3. The Department of Justice facilitated investigations by the FBI and legal maneuverings, while providing a crucial shield of nondisclosure.

4. The Department of State became a mechanism of information dissemination and leaks.

6. Obama administration officials were complicit, and engaged in unmasking and intelligence gathering and dissemination.

7. The media was the most corrosive element in many respects. None of these events could have transpired without their willing participation. Stories were pushed, facts were ignored, and narratives were promoted.