In the wake of new reports about former Vice President Joseph R. Biden Jr. having inappropriate contact with women and children, as well as a resurgence of videos and images of his conduct, Nicole Perlroth of The New York Times is calling on Twitter to “handle,” or censor, the content.

Perlroth, a cyber security reporter, tweeted the plea to her nearly 24,000 followers on Tuesday — to a less-than-warm reception. The tweet was retweeted only 16 times, while it received nearly 700 comments — most of which condemned her desire for censorship.

“In the past 24 hours, a new alt-right fake news meme had emerged of Biden as a predator. How will @twitter handle?” Perlroth asked, quoting an in-depth thread from Richard Armande Mills featuring photos and videos of Biden’s behavior. The images contained within the thread were not doctored or altered.

The Tweet followed the release of my report on allegations from a Secret Service agent who had worked within the Biden residence at Washington’s Naval Observatory, the official home of the vice president.

The agent compared the former Veep to Harvey Weinstein and alleged that the situation was so dire that an annual holiday party at the residence for Secret Service agents and members of the Navy had to be canceled over concerns about his behavior towards women and teenage girls.

Biden’s inappropriate touching has long been criticized, even by publications on the left, with The Washington Post referring to him as “Creepy Uncle Joe.”

In this clip, former Vice President Biden uses a candid moment to fondle the chest area of a little girl — in front of her entire family. Her visible discomfort is extremely obvious. pic.twitter.com/PXZx68KEGe 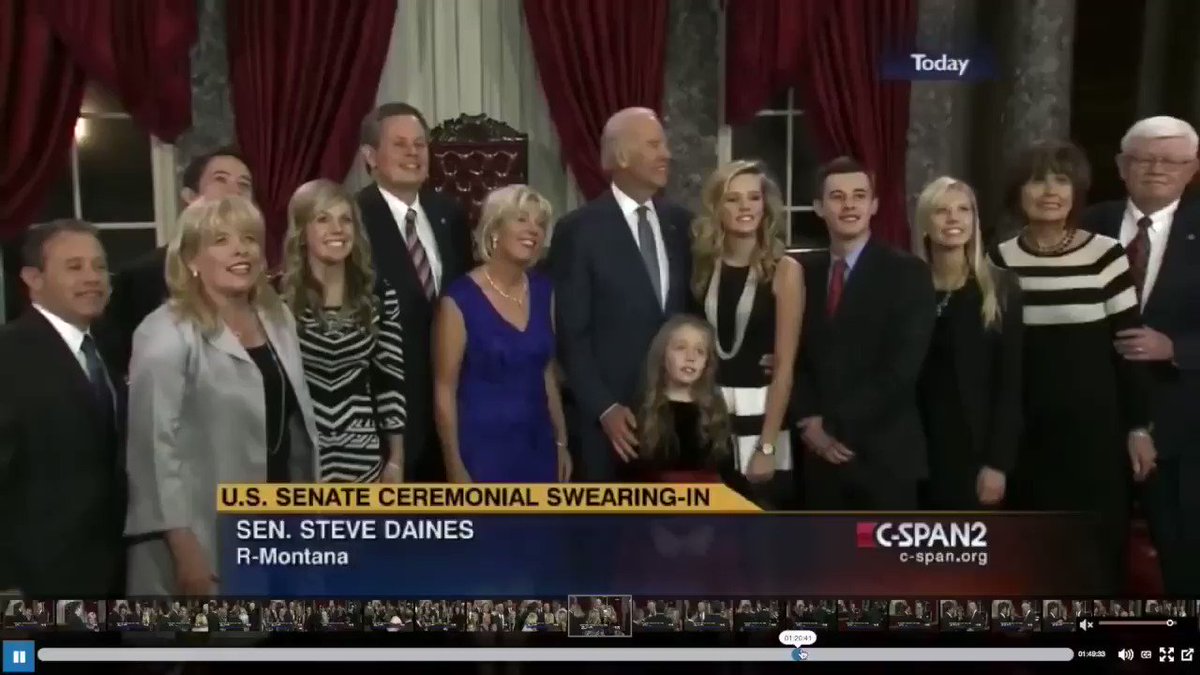 In this clip, Biden swears-in (R) Senator Jim Risch. During photographs, Biden touches Risch’s daughter, specifically asking to take a photo alone with her. You can hear Risch say “Dad’s going to stand pretty close.” (I wonder why?) Biden even jokes and says, “If I was young…” pic.twitter.com/LLqJ4guU0q

In this clip at another swearing-in ceremony, former VP Biden starts strangely sniffing the hair of a very young girl (he just met) repeatedly, also kissing on her. This man clearly has no boundaries. pic.twitter.com/MxYxEJVDRR 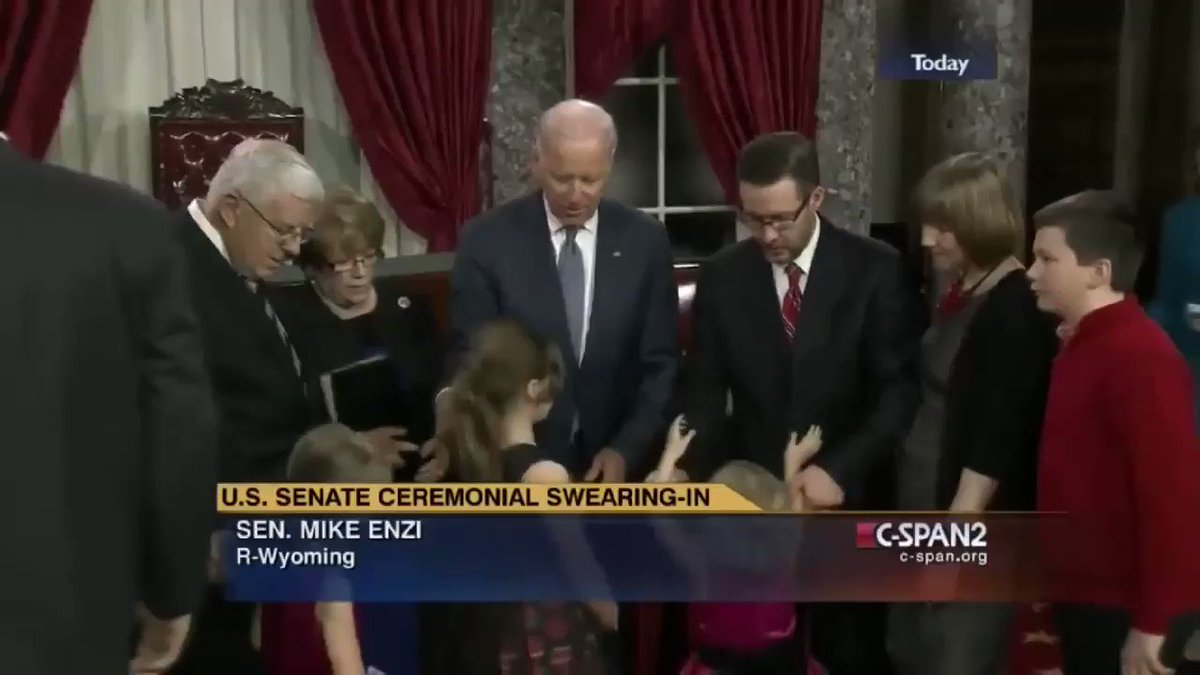 The footage from former Senator Kelly Ayotte’s swearing-in was one of the most awkward encounters. I’ve broken it into 2 parts. In this clip, Ayotte’s daughter Billy impatiently enters the staging area ahead of schedule. Former VP Biden notices.

After strangely asking 6 y.o. Billy if she was 17, telling her she can do “whatever she wants,” former VP Biden proceeds to have an awkward exchange with Kelly, stroking Billy to the point it almost seems Kelly asks her son about the “cameras” intentionally. 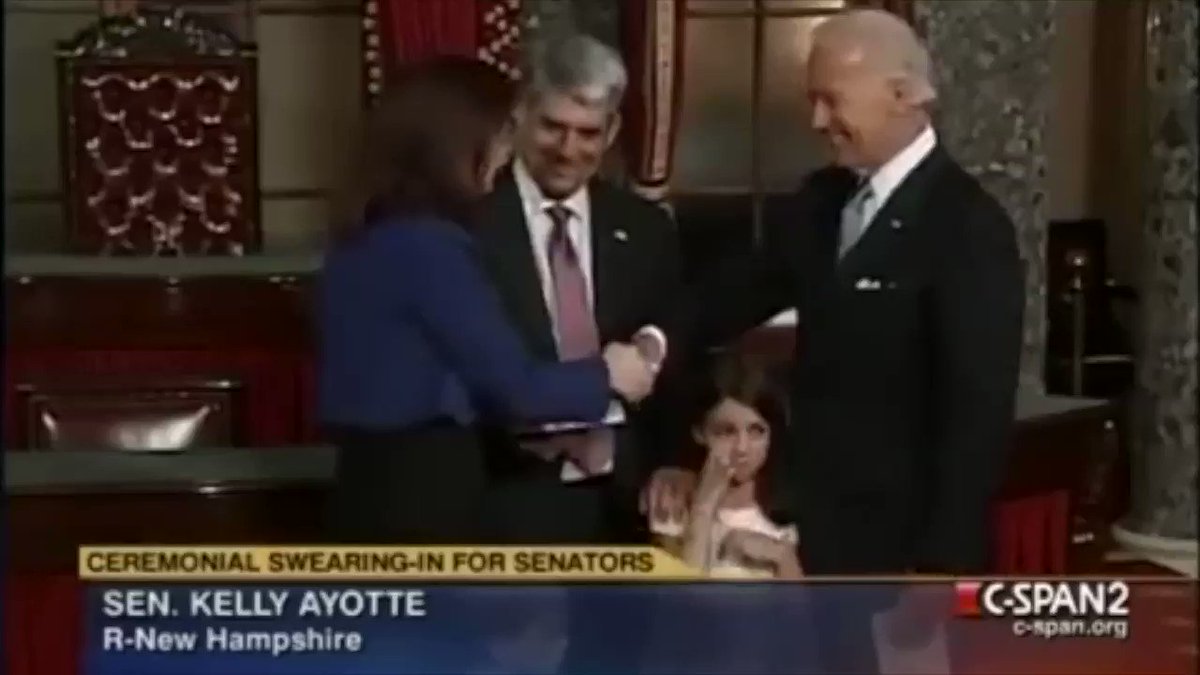 Perlroth’s strange request for censorship also came at a time where Democrats appear to be testing the waters for a Biden presidential campaign in 2020.

According to a new poll that is being broadcast across every mainstream publication, after he told reporters on Monday that he was “not closing the door” on a run.

The Politico/Morning Consult poll found that Biden currently holds an 11 percent edge on President Donald J. Trump in a hypothetical matchup, with 46 percent stating that they would vote for the former Veep.