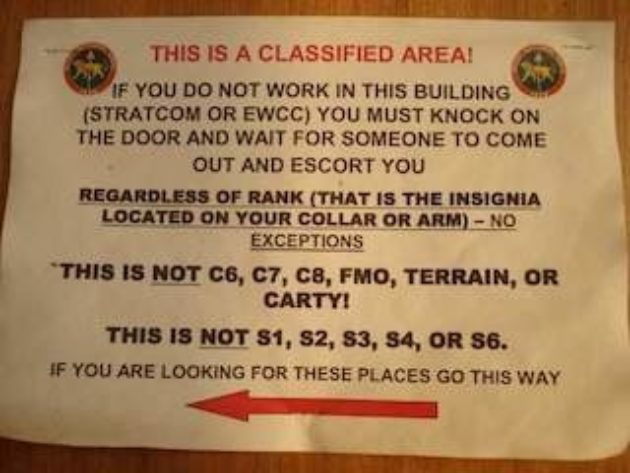 The Pentagon gave a controversial UK PR firm over half a billion dollars to run a top secret propaganda programme during the Iraq war, the Bureau of Investigative Journalism can reveal.

Bell Pottinger’s output included short TV segments made in the style of Arabic news networks and fake insurgent videos which could be used to track the people who watched them, according to a former employee.

The agency’s staff worked alongside high-ranking US military officers in their Baghdad Camp Victory headquarters as the insurgency raged outside.

Bell Pottinger’s former chairman Lord Tim Bell confirmed to the Sunday Times, which worked with the Bureau on this story, that his firm had worked on a “covert” military operation “covered by various secrecy agreements.”

Bell Pottinger reported to the Pentagon, the CIA and the National Security Council on its work in Iraq, he said.

Bell, one of Britain’s most successful public relations executives, is credited with honing Margaret Thatcher’s steely image and helping the Conservative party win three elections. The agency he co-founded has had a roster of clients including repressive regimes and Asma al-Assad, the wife of the Syrian president.

In the first media interview any Bell Pottinger employee has given about the work for the US military in Iraq, video editor Martin Wells – who no longer works for the company – told the Bureau his time in Camp Victory was “shocking, eye-opening, life-changing.”

The firm’s output was signed off by former General David Petraeus – then commander of the coalition forces in Iraq – and on occasion by the White House, Wells said.

Bell Pottinger produced reams of material for the Pentagon, some of it going far beyond standard communications work.

The Bureau traced the firm’s Iraq work through US army contracting censuses, federal procurement transaction records and reports by the Department of Defense (DoD) Inspector General, as well as Bell Pottinger’s corporate filings and specialist publications on military propaganda. We interviewed half a dozen former officials and contractors involved in information operations in Iraq.

There were three types of media operations commonly used in Iraq at the time, said a military contractor familiar with Bell Pottinger’s work there.

“These types of black ops… were a pretty standard part of the industry toolkit.”

“White is attributed, it says who produced it on the label,” the contractor said. “Grey is unattributed and black is falsely attributed. These types of black ops, used for tracking who is watching a certain thing, were a pretty standard part of the industry toolkit.”

Bell Pottinger changed ownership after a management buyout in 2012 and its current structure has no connections with the unit that operated in Iraq, which closed in 2011. It is understood the key people who worked in that unit deny any involvement with tracking software as described by Wells.

Bell Pottinger’s work in Iraq was a huge media operation which cost over a hundred million dollars a year on average. A document unearthed by the Bureau shows the company was employing almost 300 British and Iraqi staff at one point.

The London-based PR agency was brought into Iraq soon after the US invasion. In March 2004 it was tasked by the country’s temporary administration with the “promotion of democratic elections” – a “high-profile activity” which it trumpeted in its annual report.

The firm soon switched to less high-profile activities, however. The Bureau has identified transactions worth $540 million between the Pentagon and Bell Pottinger for information operations and psychological operations on a series of contracts issued from May 2007 to December 2011. A similar contract at around the same annual rate – $120 million – was in force in 2006, we have been told.

The bulk of the money was for costs such as production and distribution, Lord Bell told the Sunday Times, but the firm would have made around £15 million a year in fees.

From London to Baghdad

Martin Wells, the ex-employee, told the Bureau he had no idea what he was getting into when he was interviewed for the Bell Pottinger job in May 2006.

He had been working as a freelance video editor and got a call from his agency suggesting he go to London for an interview for a potential new gig. “You’ll be doing new stuff that’ll be coming out of the Middle East,” he was told.

“I thought ‘That sounds interesting’,” Wells recalled. “So I go along and go into this building, get escorted up to the sixth floor in a lift, come out and there’s guards up there. I thought what on earth is going on here? And it turns out it was a Navy post, basically. So from what I could work out it was a media intelligence gathering unit.”

After a brief chat Wells asked when he would find out about the job, and was surprised by the response.

“You’ve already got it,” he was told. “We’ve already done our background checks into you.”

He would be flying out on Monday, Wells learned. It was Friday afternoon. He asked where he would be going and got a surprising answer: Baghdad.

“So I literally had 48 hours to gather everything I needed to live in a desert,” Wells said.

Days later, Wells’s plane executed a corkscrew landing to avoid insurgent fire at Baghdad airport. He assumed he would be taken to somewhere in the Green Zone, from which coalition officials were administering Iraq. Instead he found himself in Camp Victory, a military base.

It turned out that the British PR firm which had hired him was working at the heart of a US military intelligence operation.

A tide of violence was engulfing the Iraqi capital as Wells began his contract. The same month he arrived there were five suicide bomb attacks in the city, including a suicide car bomb attack near Camp Victory which killed 14 people and wounded six others.

Describing his first impressions, Wells said he was struck by a working environment very unlike what he was used to. “It was a very secure building,” he recalled, with “signs outside saying ‘Do not come in, it’s a classified area, if you’re not cleared, you can’t come in.’”

Inside were two or three rooms with lots of desks in, said Wells, with one section for Bell Pottinger staff and the other for the US military.

“I made the mistake of walking into one of the [US military] areas, and having a very stern American military guy basically drag me out saying you are not allowed in here under any circumstances, this is highly classified, get out – whilst his hand was on his gun, which was a nice introduction,” said Wells.

It soon became apparent he would be doing much more than just editing news footage….